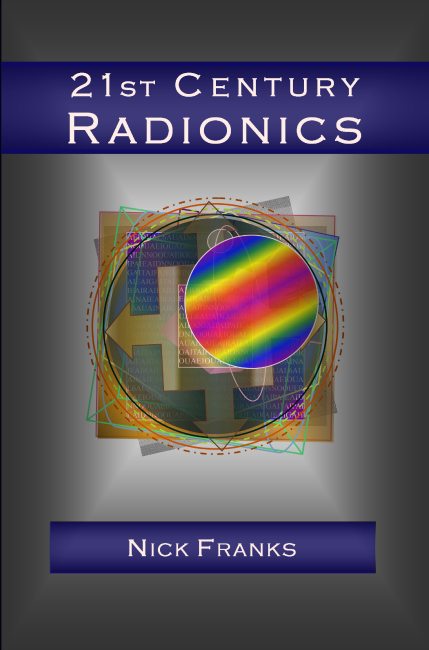 Radionics is a controversial therapeutic modality which combines Radiesthesia with the use of psychoactivated codes, symbols and instruments. This system not only supports and amplifies the practitioner’s healing intention but also allows analysis and treatment at a distance; practitioner and patient may be on opposite sides of the planet. Since its beginnings in the work of Dr. Albert Abrams (1863 – 1924), Radionics has developed such that it may be used to treat not only humans but also animals, crops and soils, and, potentially, the ecosphere itself. The basis, therefore, is the contention that human consciousness can be projected in a manner that can influence the action of Nature to positive effect. This detailed study, focusing on human Radionics, serves two purposes. The first is to give an outline of the concepts, methods and techniques used in Radionic practice. This includes an overview of dowsing and the Radiesthesic sense; an extended model of the human Subtle Anatomy – the complex energy field which underlies the physical body and is comprised of both consciousness and formative forces; and a description of the wide range of stressors that may compromise this field and produce illness. The second is the attempt to answer the central question ‘but how could it possibly work?‘ To do this the author draws upon the 20th Century conceptual revolution, combining insights from thinkers such as Jung, Maslow, Bohm and Sheldrake with ideas drawn from Quantum Mechanics and other areas of present-day science. The attempt to answer this question forces a rethink of fundamental ideas about man, Nature, and the origins of what we perceive to be reality. In response to critiques of Radionics which claim it is some form of magic, the author suggests that its techniques arise from the inner structure of Nature itself. In doing so he supports the contention of Richard Gerber M.D. that ‘Radionics is certainly the strangest of all vibrational-medicine approaches, but is one that may ultimately teach us the most about the vibrational nature of healing and human consciousness itself.’