We are now living in an environment where we are being bombarded with  electromagnetic frequencies our bodies are not  adapted to. Human bodies operate according to very complex electrochemical processes, which can be very easily  disturbed by EMF pollution and geopathic stress, which lowers our immune system.

GS and EMF pollution have been found to be a common factor in many serious and long standing illnesses such as cancer, ME, sleep problems, cot deaths, fatigue, difficulty conceiving, learning difficulties and psychological conditions.

Benefits of using the new Helios3

Plug into USB port on any device.

Also can be plugged into your mains electricity with your own standard socket USB adapter. Adapter not included. 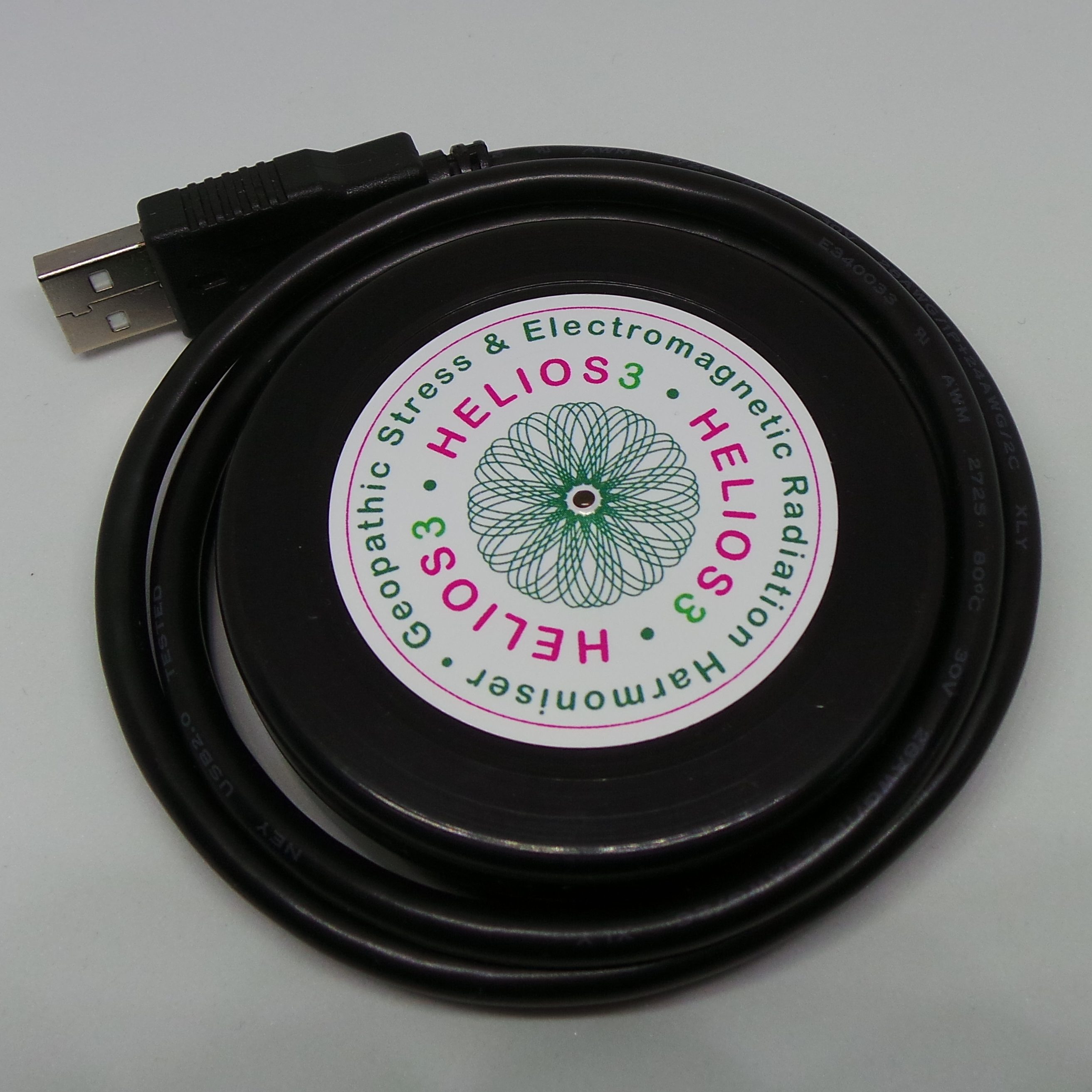